Before submitting your documents to Qatar Ministry of Foreign Affairs (MOFA), you will be required to get your DFA Authenticated (Red Ribbon) or Apostille documents attested; either from the Qatar Embassy in the Philippines or Philippine Embassy in Qatar.

Based on personal experience. Two (2) DFA-Authenticated documents. I went there on a Wednesday afternoon, few crowd. 1 hour.

I spent roughly one (1) hour inside the embassy from step 1 until I signed the logbook. The collection part is where the waiting game is at. There’s plenty of seats, and you can read a book or browse the web on your phone. Double check your documents before leaving!

Phew — It has been ages since I posted something related to hair! I’m keeping a hair-related blog, right. Anyway, I hope you do enjoy looking at my candy subscription boxes this past few months.

Before anything else, I would like to remind you about my disclaimer notes that are posted here and here. This post might also contain some affiliate links and/or codes where you can get discounts from partner websites and I will also get a small amount in return.

Finally — I found time to think about what subject it is to share with you with regards to hair – and what I thought might be interesting to discuss is what I’m recently facing: As you might know, year 2017, I had moved to the middle east to work and being the person I used to be, I know that the first thing that comes to mind to most people when they hear middle east is the sand; desert; camels…?; heat!

Now that you are ready for the heat… Do you want to hear about the places you can visit here in Qatar? Let me know by commenting below. 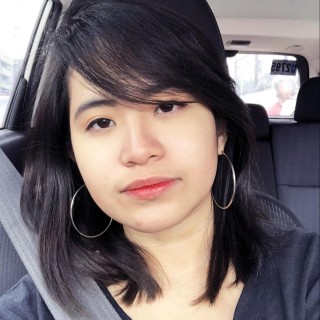